Ernie made the good picks, caller.

MLB The Show 21 is a great game. I highly recommend buying it if you haven’t yet.

There’s a reason Greg Bedard lasted 3 days at the LVRJ.

Using “green teamer” and begging for Madam Jones to notice him is a squid parlay.

Eating ice cream out of the container again. I got got.

It makes sense that it’s legal to impersonate a Boston Globe reporter considering all the fabulists and plagiarists who have worked there.

How it started: ‘You aren’t getting Mac Jones, caller.’

Packers best be careful, Aaron Rodgers has outside interests now, like hosting Jeopardy!, and heterosexuality.

In retrospect, of course the Baffert horse won the Derby.

Dragging Dondero was a great college indy band back in the 90s.

The #Raiders are releasing safety Jeff Heath on Wednesday, per source. He was the AFC Defensive Player of the Week in Week 10 last season. Now, set to be a free agent.

They should call it Section 8 podcast, because it’s so poor.

FYI, it’s still against the law to impersonate an employee of the Lawrence Eagle-Tribune.

Ned Martin didn’t have opinions, he’d just smoke a butt and do a shot to keep the ghosts of Iwo away.

Heyyyy brunch gang, this week’s Phrase that pays is “Your brain don’t work.”

I workout at an office park as well. It’s actually quite descript!

Did whoever Bedard allegedly spoke to about Barmore “just quote a rap lyric”?

If I add five more pounds to my deadlift PR it’s going to get into Miss Porter’s and Wellesley.

Nice outing, Pivetta. You too, Barnes.

All this rain best mean that the Fake Drought gets cancelled.

I probably wouldn’t have qualified for the Marathon even at the previous time.

Life with gUNT: my brain and body shut down every day from approximately 3- 4:30 PM.

I sneak in my own house
It’s four the morning
I’ve had too much to drink
Said I was out with the boys
I creep in my bedroom
I slip into bed
I know if I wake her
I’ll wake up dead.

He had me at the multicolor pen.

Honk 1488 times if you remember when Greg Bedard’s Loyko investigation was supposed to wrap up.

You aren’t Amy and you aren’t with Medical Services, phone spammer.

I find the Celtics to be quite likable, thank you very much.

Well Schill has certainly earned the benefit of the doubt. Wait, what?

Best bet for the weekend: Orioles playing hard against the Red Sox.

material from interviews, wire services, Facebook, Substack, other writers, league and team sources, @basementscout, @MrJonnyConCarne, and #the15, were used in this column. Allow 8-10 weeks for delivery. 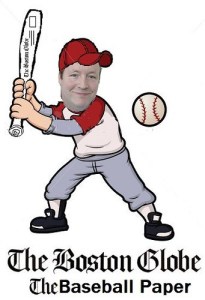